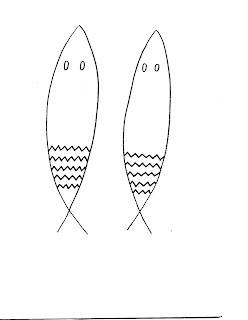 This blog will feature a group of poems and visuals collected for a "Herring Hymnal", celebrating sardines and herring and the human cultures of Maine with which they have interacted. These poems will be a part of a series of events in Maine coastal communities, at the sites of former sardine factories/canneries, organized by Karin Spitfire and Gary Lawless.

falling into the soft
sea of darkness
slowly, slowly to bed
wrap me in a blanket of fish
shining in the water like stars
like light from a million years
below some vast ocean of sky
where there is nothing
nothing to hold on to
flashes, and then
gone

Song of the Sardines

Returning
We spawn silver
Weaving whales
We sing dark shadows
Back to the light of day.


In the sardine factory

There can be no other labor
like the slitting of dead fish into fillets,
no scissors so sharp
they miss and cut off chunks
of fingers and sometimes
missing altogether
you gash your partner at the bloody table,
missing pieces of flesh
with scales and fins.

You smile sardines.
The crease these scissors have worn
moves into your palm like a lifeline.
And more, your apron full of the stench
of fish, the torsos
packed into oil and canned,
bears your body home, smothered
in scales of pearls.

What you cannot see is your mother
and hers, and all the other women in town,
waiting like fishwives
for the tide to turn into weirs
turning into hogsheads of silver herring.
In my dream I see you bending at your sink,
not knowing where or who you are,
becoming part of some awful whale,
cold-blooded, you grind
fish bones into fertilizer.

You do not see yourself
as someone you scarcely know,
working your shift, day after day,
among the hundreds of women
who rise each morning, automatic,
to the factory whistle.

from: Amelia, Mrs. Brooks of My Old Childhood

Part III
Great lady of Sardines and
earth and blood of
Blueberryin' years, Clam Factory
years who brought up
children without help, a hopeless
drunk husband beating you in
his futility when the country was smashed.
Amelia, lady of poverty and no hope,
saint of this earth if ever there
is a saint and if not then you
are what was always instilled in us
as what a saint is, woman in the
retinas of God's eyes for your simple courage
and great accomplishment with no money
and from work that kills young, yet
you still live, Amelia, and here we are.

I came to you the day I
went into the army
where sardines stuck
to your hands I came and said
goodbye in the fish smell.

You were beautiful, a
beautiful woman and
I yearned to say goodbye
to a mother.

You worked the Sardine Factories
to feed your children.

No fish contributes
more to the human
race as Herring.

We sneak death again,
kill...take
herring from the sea our
boat circling, the Cannery
boats lifting the sardines
aboard into their holds
through hoses.
A seine around
fish in moon black.

Draw string of net
pulled to close the
net bottom or the
fish sucked through the hose ...

To the Cannery as
soon as fish are
aboard, Herring
through a hose removing
their scales for imitation Pearl
essence on the Market Place
and Cosmetics.

Amelia, the fish have less
chance than you had
except your death would
be more subtle, you died
from it, Amelia, died from exhausting
survival, your life wearing
out your life.

... no machine can pack sardines
like human hands, Amelia...

Sitting in draughty cold
snipping off dead fish heads and tails
with scissors.

Yet death always a sneak, here
is food to eat but it will decompose
if we do not know that herring who have
just eaten must be allowed to swim it off until
they digest whatever was in them as you catch them...
or whatever they were eating avenges them as
bacteria planktonic form ...

And once caught out of the fresh salt
protecting ocean if the fish are taken
distance of more than four hours they spoil,
Amelia... life is death all spoiled.

Amelia, did you go north
in the few years of the Winter Fisheries
to Eastport, Lubec, Maine, freezing
nets of two and one half inch mesh
sunk to the bottom in twenty
fathoms of water, fish catch
frozen solid on the market as "boaters".

The cooked fish come down
conveyor belts for you to
pick up without breaking them
and put them into cans of
oil or mustard, fast!
You were fast all day
or out of work ...

to feed your children.


The Sardine Diaries : Day One

What do I know from sardines?

Smelly little fish cut up and crammed in cans.

I've lived without them for years.

Despite their magical Omega-3 who needs them?

You bring them to work and everyone's mad at you.

"What's that horrible smell? Don't put that can in the garbage!"

And the can itself - there's bound to be bleeding fingers.

But what am I talking? I've seen the exhibit in the Maine State Museum,
the mannequin of the woman with all her fingers bandaged.
Now she would know of bloody fingers - and sons drowned at sea.

Kate tells me she cut sardines growing up in Lubec
one summer in the '70s, although she was never
good at it and made only fifty dollars.

The whole town would hustle down when the whistle
blew to let them know the boats were in.

We talk of how the world has changed so fast
and I remember the nurses smoking in the hospital in 1979
when I had my appendix out.

Now we have cell phones and don't have to worry
spelling appendix because the computer
does it for you.

And we don't really know much about sardines although we do
know there aren't any factories left working in Eastport or Lubec,
yet the cans are still on the shelves at Shop 'N Save.

I wonder do the old women still listen for the whistle?

We'd stay at Seawall on Mt. Desert Island
and go hiking on the St. Saveur trail along
Somes Sound or Champlain Mountain
or Pretty Marsh. Then we'd settle in for
a Scrabble game at the camp site.

We didn't mind sardines and crackers for supper.
It was cheap and filling and we were young.
Stinky breath never stopped us from hitting
the sleeping bag early.


Why should we be the ones
Whose heads and tails are cut off?
Who are packed into cans?
Who are scorned and mocked?

Why should you say
Packed like Sardines
When we never wanted that?

What you don't know about us
Would fill an ocean.


How much we don't know in this world. Yet,
it doesn't stop the letters in the paper complaining
"Why won't they let us drill for oil in Alaska?"
My wife points out no one ever thinks
about a gallon of gas and the earth's
enormous task in forming it.

It's the same for sardines.
I know from Wikipedia they're pilchard,
like herring, only four inches or less
and in Portugal there's a holiday, St. Anthony's,
where they grill sardines.
But that's not much of a treat for the sardines.
I don't know from Adam how they live
or spawn or what they feel.

There's a quick way to be thought weird -
start talking about what sardines feel.
Human beings turn up their noses at that.
We don't want to admit that anything can feel -
except us - then we'd be responsible
for how we treat the ants and crows and trees -
and sardines. Our brothers and sisters the sardines!

I suppose only a fishing village
would have a game called Sardines.
I never remember playing it on the mainland
Now, these years later
the object is unclear to me
someone was it, of course
and the others ran and hid
crowding in together
like a can of Sardines
in an old bait bin
long rubbed clean
by the storage of longwarps
or in a lobster car henhouse
scrubbed white by lobster claws and salt
of course I remember the object now
it was to get close to one of
the four Jackson girls
who though they did not admit it
sometimes watched us skinnydipping
at Two Pond Beach
and we had to pay them back somehow
it was a twilight game
played while the swallows
gathered the last insects
and the sea air smelt closer and heavier
this was long before frisbee
before modern inventions
took away dark places
it was a kindly game
not known on shore
one could imagine
children playing it
on the isles
in the Sea of Greece
we were only 2,000 years old then.

Song of the Sardine
Robert Service

A fat man sat in an orchestra stall and his cheeks were wet with tears,
As he gazed on the primadonna tall, whom he hadn't seen in years.
"Oh don't you remember" he murmured low "that spring in Montparnasse,
When hand in hand we used to go to our nightly singing class.
Ah me those days so gay and glad, so full of hope and cheer.
And that little supper that we had of tinned sardines and beer.
When you looked so like a little queen with your proud and haughty air,
That I took from the box the last sardine and I twined it in your hair."

Alas I am only a stockbroker now while you are high and great,
The laurels of fame adorn your brow while on you Princes wait.
And as I sit so sadly here and list to your thrilling tones
You cannot remember I sadly fear if my name is Smith or Jones.
Yet oh those days of long ago, when I had scarce a sou
And as my bitter tears down flow I think again of you.
And once again I seem to see that mad of sweet sixteen
Within whose tresses tenderly I twined that bright sardine.

Robert Service
Posted by Gary Lawless and Beth Leonard at 7:37 AM No comments: